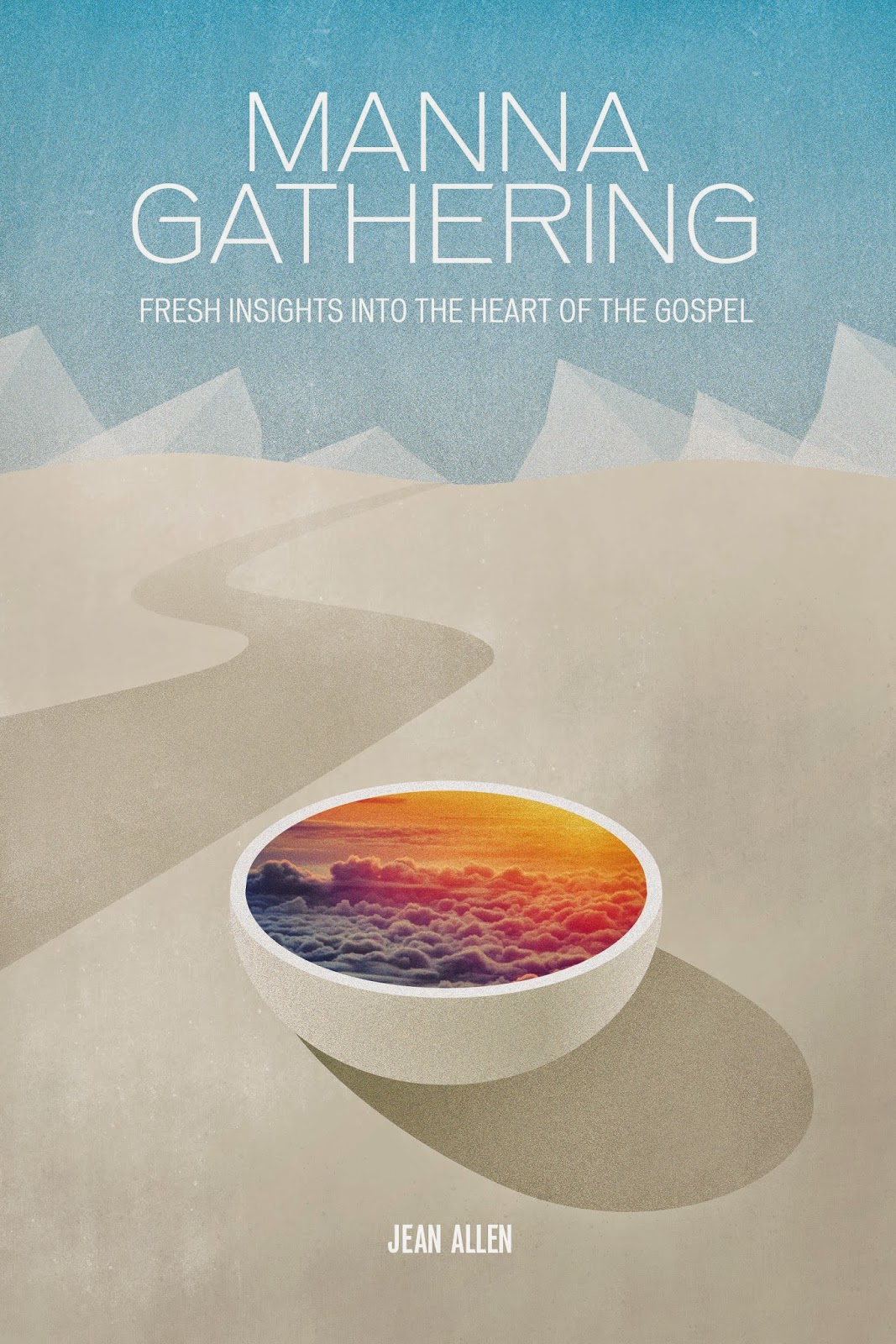 Manna Gathering brings new perspectives to Gospel readings, emphasizing the God who interacts with us with immense compassion, who is in love with us and who wants nothing more than to have us realize that we are his beloved works of art. Every reflection is grounded in real life yet draws us deeper into a spiritual journey toward inner freedom by encouraging us to let go of old, and often distorted, conceptions of who God really is and of who we really are.

The morning group is open to all but we particularly want to welcome mothers of young children - and their children! This group will meet on Thursdays at 10 am in the basement hall of the church. We ask all moms to bring snacks for their children.

The evening group, again open to all, will be held on Thursdays at 7 pm in the Community Room.

To register for one of these two groups please email Shauna Vukovic: shaunavukovic@gmail.com

Please Note: Owning a Manna Gathering book is not mandatory for these groups. Printouts of the relevant reflection will be available each week.

Manna Gathering comprises over 150 reflections on the weekly Sunday Gospel spanning a three year cycle (A, B and C) of the Lectionary. A sample reflection can be found after readers' comments below.

See what a few readers have to say:

The Manna Gathering reflections have repeatedly opened my eyes to new ways of reading the gospel and continue to transform how I view God and life in the Kingdom of God. Jean Allen’s words have been among the most influential in my faith journey… and she, in word and in person, has impacted me tremendously for the years I have known her. I am delighted that Jean's reflections will be available in book form and my prayer is that many people get to enjoy what Jean has to share - as her words are a rare gift. (Janna)

I look forward every week to the reflection on the Sunday’s Gospel in Manna Gathering. Reading it is like visiting the Blessed Sacrament in the sense that I feel a closeness to Jesus every time I read the insightful reflection on the Gospel. I feel a sense of His presence in the “Word”. I often get the impression that you, Jean, have been given this special gift which shines a light into what Jesus meant by many of the passages which often seem puzzling and contradictory.  (Frank)

This book is an open door to broad horizons. The fullness of life awaits in the pages. The author in her wisdom invites the reader to fathom the depth of life revealed in each chapter. In this manner the reader is happily free to choose from the abundance, lovingly and forthrightly presented throughout. (David)

I would just like to say that the insights, knowledge, and encouragement found in Manna Gathering's reflections have blessed my life in so many ways over the last few years. There have been many times when I've passed along certain reflections to friends or family members who've really been heartened by particular messages. On a personal note, I have found the way some historical details/information are explained within Gospel readings absolutely fascinating. (i.e. the "wedding robe" in Matthew 22). It has been wonderful to understand the Gospels more fully and clearly. Thank you so very much. (Rose Marie).

The following is a sample reflection from Manna Gathering

Mark 6: 7-13
Jesus sends the twelve out two by two and gives them authority to heal and cast out unclean spirits. He instructs them not to take anything for the journey.

There's a familiar saying that goes, "God does not call the equipped; he equips the called."

The first reading this Sunday is from Amos who was a shepherd and a farmer. God called him to prophesy to Israel but he didn't consider himself a prophet. "I am no prophet or a prophet's son; but I am a herdsman and a dresser of sycamore trees and the Lord took me from following the flock, and the Lord said to me, "Go, prophesy to my people Israel." (NRSV) Then, in the Gospel, Jesus sent out his disciples in pairs and directed them to take very few possessions with them. Amos in no way felt equipped to speak the word of God and I doubt that any of the disciples felt like they were ready to go out to preach, heal, cast out devils and speak the word of God. Jesus knew this. He wasn't being overly optimistic about their capabilities, nor was he being obtuse. He was teaching them all, and us as well, something extremely important. God doesn't use you and send you because you're highly trained or full of self-confidence or because it's right down your alley in terms of the talents you possess. It's not because you're rich in capability or rich in resources. He actually prefers to send the ones who have very little, the ones who are poor.

When we feel completely confident that we know what we're doing, the job may end up to be efficiently done, all loose ends tidied up and all goals successfully attained but often there are some things missing. Life. Power. Joy. Creative growth. Peace and reconciliation within the community. A renewed vision of who the Lord is and who we are. When we feel the Lord calling us to do something, the very first thing we should do is reflect on this week's Gospel and begin to see what possessions we need to lose before we head out with the Lord to participate in his will.

When we hear the word 'possessions', what always springs to mind? Most people think of all the material goods they own. Some of us own a lot and some of us not as much but all of us feel a pang when we think the Lord might like us to lose some of these possessions in order to be good disciples. The idea of simplifying our material goods becomes overwhelming and complex. Yes, it's true that sometimes our possessions own us and take up more of our focus than is healthy or necessary but the material goods we own are not the only possessions we have. In fact, I would say that for most of us our material possessions are the least of our problems. It's those other possessions we have that block us from opening up to God's love and his will for our lives.

What possessions am I talking about? What are these other things that we lay claim to, hold tightly to and which end up restricting, owning and controlling us more than we own and control them?

How about opinions? Don't we all have a huge number of set in stone preferences and ideas that, when challenged, make us stubbornly and angrily dig in our heels and refuse to be moved?

What about past wounds? Certainly the Lord is compassionate toward his wounded people but there are times when we want to hold on to our wounds and allow them to dictate to us what we will or won't do.

What about control? We all have a need to be in control and have everything go according to what makes us comfortable or according to how we've always done things or how we perceive things should be done. Who doesn't have any areas where it's "my way or the highway"?

How about ambitions – all those wonderful goals we have to be the best, do the most and carry the biggest load? Lofty goals can start out pure but gradually they begin to direct and run us until the goals become more important than the people involved in our lives.

And what about those teachings we have received which somehow got twisted around to become rigid stances that keep us from the softness of acceptance, love and compassion?

I'll never forget running into an older woman whom I had not seen for several years. When I had known her previously, she was Lioness for God. She was a deeply spiritual woman and a very good woman but if anyone did anything that contradicted one of her spiritual or moral principles, she could be quite harsh. When I saw her again, I asked what she had been up to in the last while. She told me that against her natural inclinations she had become involved in Hospice. The one thing she had never been able to handle was interacting with dying people but after her husband's death her doctor heavily pressured her to become involved in the Hospice Association. The thing about Hospice is that you are not allowed to proselytize. If the person you are ministering to wants to talk about God that's fine, but otherwise you may not bring up religion at all. This forced her to love without boundaries, accept without limitations and listen without offering judgment or advice. She said to me, "It took me 64 years to find out that love is more important than doctrine." Her face was shining and softer than I had ever seen it. She looked like Jesus.

Yes, we can be pretty possessive with our doctrines and our theologies.

Indeed, whenever God sends us out to share his good news or to offer healing and love to one or more of his people, we often head out loaded to the max with such heavy restrictive possessions that it's a wonder we can move at all. They're awkward, heavy, burdensome and bothersome and they deplete all our energies. No wonder Jesus sent out the disciples equipped with so little. He was freeing them to move. He was gifting them with the joy of being able to immediately respond to the leading of the Father. He was showing them the "Light Way". They had nothing to depend on except the Lord. Don't forget that those disciples came back from that journey flying high; they couldn't believe all the wonderful things God did and how he allowed them the honor of participating in his power and grace.

They had been freed of their possessions so they could dance with God.

May we all be so blessed.